Relocated from Tynong to Old Gippstown in 1978, it was refurbished as a cinema, with an adjoining store room and an extension. It is now used as a cinema to show old films for pre-arranged tours and schools. The skillion at the side replicates one believed to have been there previously and now houses our Photography Collection.

One of the earliest public buildings in Tynong was the Mechanics’ Institute hall. According to The Argus, it was used as a Polling Place in February 1886 and it was probably built in the previous year. This first Tynong Mechanics’ Institute received government grants in 1887, 1888 and 1889. About 1928 a new hall (which still stands on the site) was built. The original hall was moved to a local orchard, probably in 1928, before being offered to Old Gippstown. 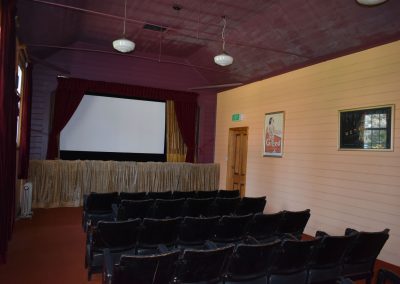 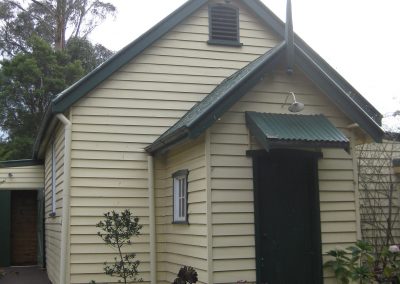 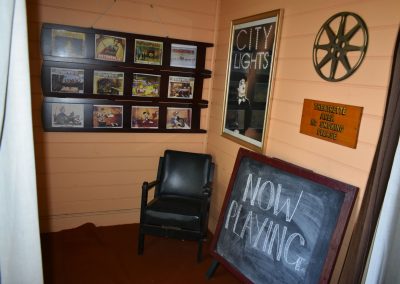