This shearing shed (sometimes called a woolshed) c.1880 was part of the Ashdale farm complex from Dumbulk North moved to Old Gippstown in 1974. It now contains a display of farm tools and wool presses, as well as early mechanical shearing equipment. School group visitors can participate in playing old fashioned games in this shed.

Between the shearing shed and ‘Ashdale’ farmhouse is the Fowler Steam Traction Engine – a 1909 Fowler Traction engine used around the Bundalaguah/Myrtlebank area with James Hammill’s threshing machine and collected from Boisdale in 1970. Old Gippstown has a number of portable engines in its collection, including two Clayton & Shuttleworth engines, now housed at the other end of the Park. 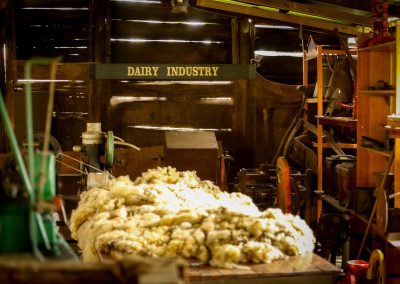 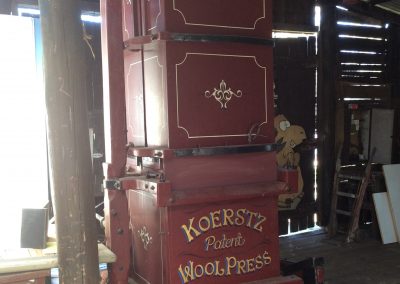 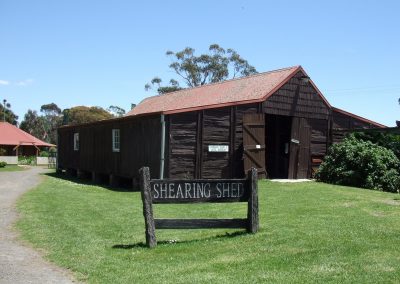 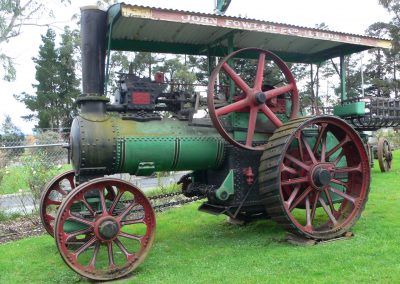