A small, square log-and-mud-wall cabin with a corrugated iron roof, and a timber and bark roofed front verandah. There is a log chimney on one wall with a stone base. The building was donated to Old Gippstown in 1977 by APM Forests Pty Ltd, who assisted with the cost of having it relocated. The interior consists of one room with a dirt floor and an open fireplace.

The land on which Calegero stood was selected first by Michael Richardson, a miner, about March 1877, but he soon moved on. The land was on the Iguana Creek, out from Lindenow, where the foothills took over from the flats. In December 1877, John Caughey, a miner from Grant, applied for the land, and moved there with his wife, Annie Nicol. First they built a log cabin with long logs, which is now at the museum at Bairnsdale. The Old Gippstown building is believed to be their second, built about 1880 a short distance from the first, but later incorporated into a much bigger complex. 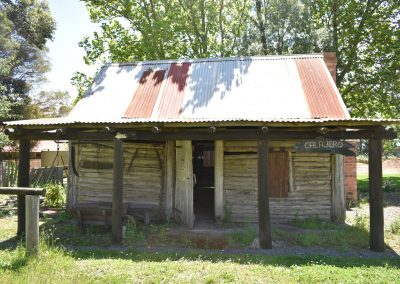 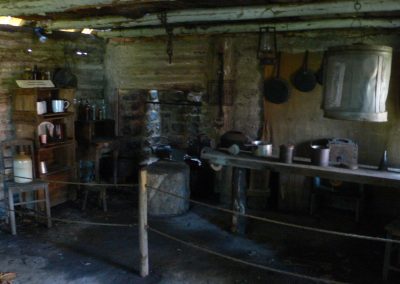 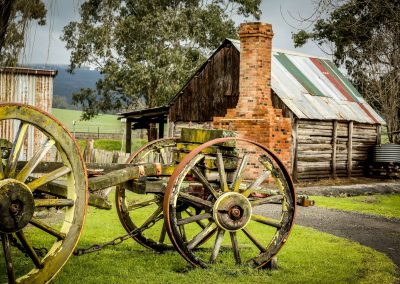