A small, rectangular, timber office, with a corrugated iron roof and pressed metal hoods over the front door and front window. This two-roomed office has a selection of County Court Registers and Victorian Government Acts in the front room bookshelf and an office machinery display in the back room.This building was originally in Lloyd Street, Moe (circa 1922), when it was used by solicitor Hubert McCormack Kelly. It was moved, possibly in the 1950s, and around that time used by solicitor William I. (Bill) White. By 1969 Bill White was no longer using the office, but was working from his home in Bayley Street, Moe, so in 1973 he donated the building to Old Gippstown. 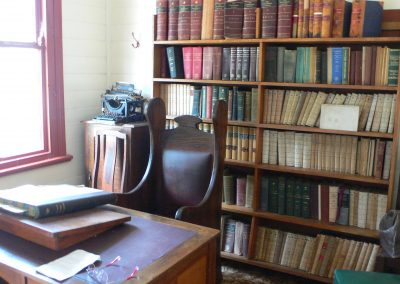 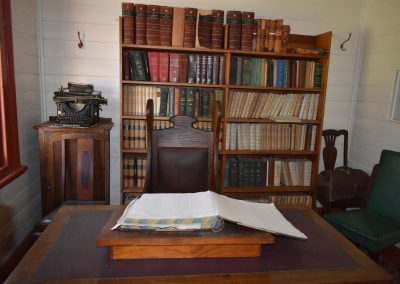 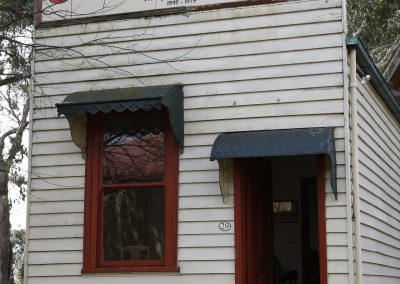 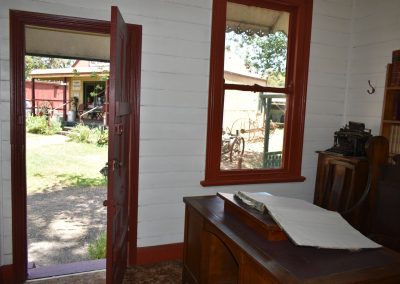