This hut came from the Tanjil goldfields, and was in use around 1900, the home of two miners on an old goldfield. The township of Tanjil came into being about 1867 above what is now the Blue Rock Dam. Including Russells Creek, there was a population in the area of 200 to 300 people in the late 1860s and early 1870s. Many would have been living in huts very similar to this. This bark hut was dismantled and rebuilt at Old Gippstown in late 1972.

Tents and bark huts were the commonest form of accommodation on Gippsland’s goldfields – bark was easily available, and free. Tall, straight saplings provided a framework. Chimneys could be built from local stone, with a little precious tin used at the top to make a flue. 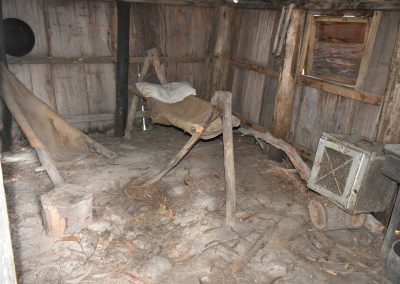 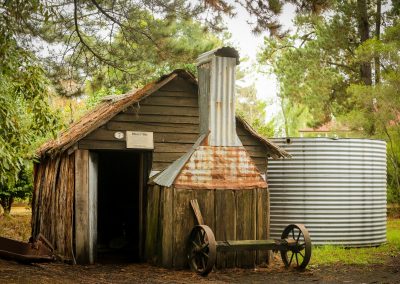 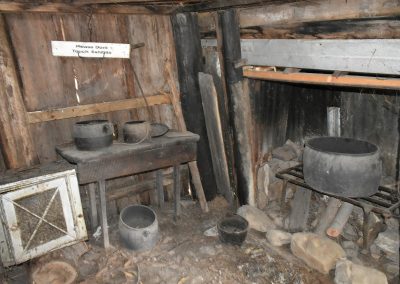