This Old Gippstown fire station was originally a tennis pavilion from Moe, relocated in 1971.

It houses the 1938 Dodge Fire Engine (registration number 241-397). This vehicle, under the administration of the Country Fire Brigade, was in use in the 1944 fires in the Yallourn open cut. It was last stationed at the Moe Fire Station, and in use up until it was decommissioned in 1971.

Also on display are two fire hose reels: one c.1910 from Boort. 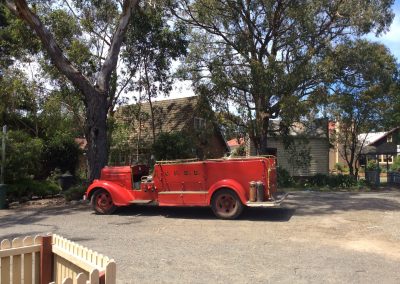 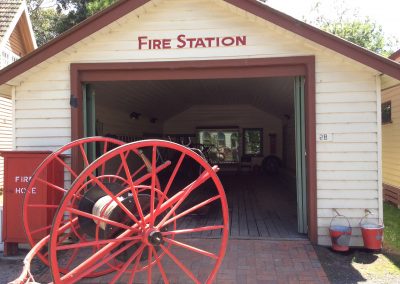 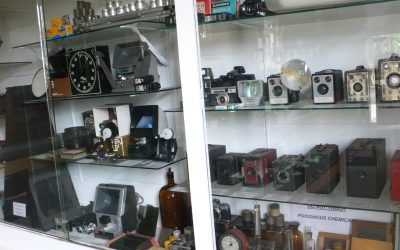 A comprehensive collection of photographic equipment in showcases is housed in this room, including artefacts...

END_OF_DOCUMENT_TOKEN_TO_BE_REPLACED 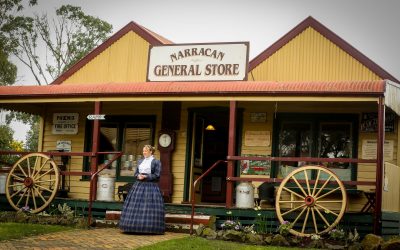 This timber building was relocated to Old Gippstown in 1976 after dismantling and removing the post office and...

END_OF_DOCUMENT_TOKEN_TO_BE_REPLACED 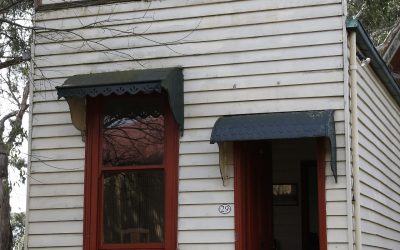 A small, rectangular, timber office, with a corrugated iron roof and pressed metal hoods over the front door and...