This drop slab and plaster inn was built in 1863 by David Connor on the north side of the road between Pakenham and Nar-Nar-Goon, a short distance west of Abrehart Road. It served as a refreshment stop and horse change on the coach road from Dandenong to Sale until it was de-licensed in 1899. One of the last licensees was William Rhoden. The main (and probably earliest) section was re-erected at Old Gippstown over the period of 1970-1971. It consists of the bar area, entry room, parlour/sitting room, and at the rear one bedroom, a porch and a kitchen.

The original wooden fastenings can be seen under the verandahs, and the leather window latches outside. When the building was relocated, traditional plasterers from Morwell completed the outside plastering. To hold the plaster in place, hundreds of beer bottle tops were nailed to the wooden lathes, with the crinkled side out, and the plaster was applied over these. 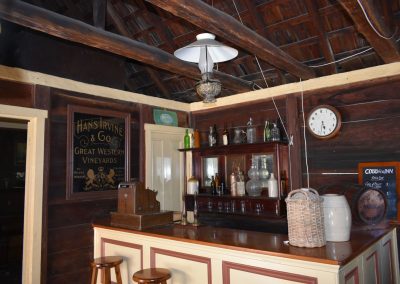 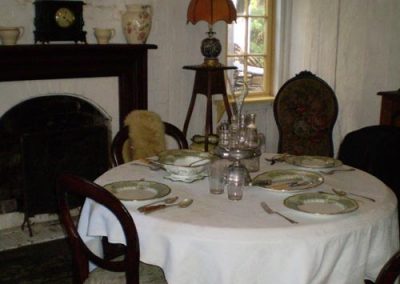 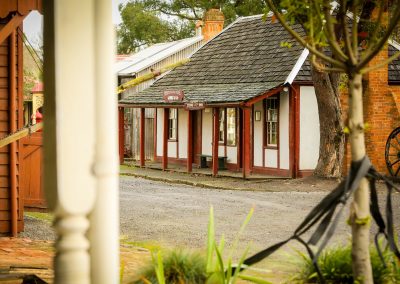 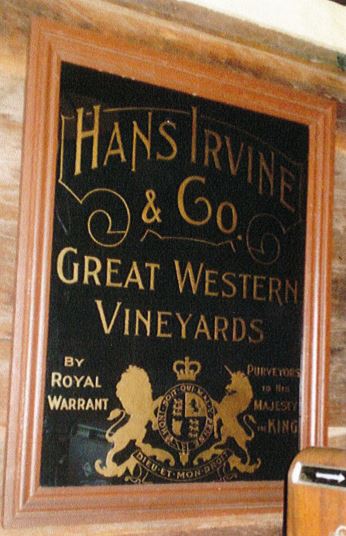