Jim Mayze set up a coach building and blacksmithing operation in Traralgon in 1886 with a Mr West. Mayze and West manufactured and repaired buggies, wagons and jinkers as well as horse-shoeing. Later the partnership was dissolved and the business became Mayze and Sons. Jim Mayze junior took over the running of the business after his father’s death in 1939. Business declined with the arrival of motor cars and tractors, and the shop was closed in 1974.

Jim Mayze helped supervise the creation of the blacksmith shop at Old Gippstown, replicating the workshop of his father. He also donated many of the tools in the collection, as well as the business registers from the firm for 1899 to 1920. Items on display include a large bellows and forge. This is a working blacksmith’s shop and demonstrations are held for visiting school groups. 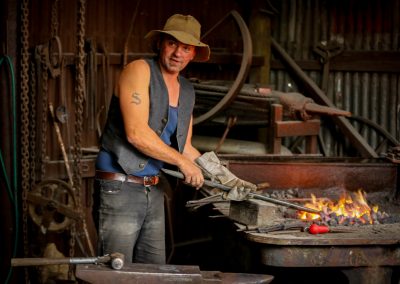 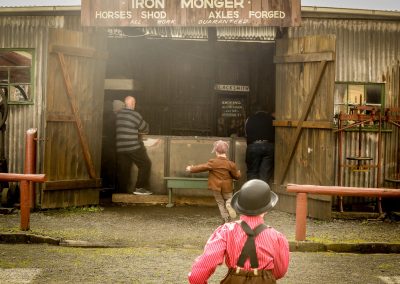 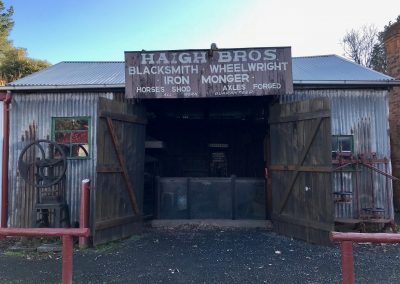